In the sacred retreats of the Agrafa mountains

The commanding colossi of the Agrafa range rise up suddenly from the expansive Thessaly plain, bringing might and mystery to mainland Greece, north east of Karditsa. 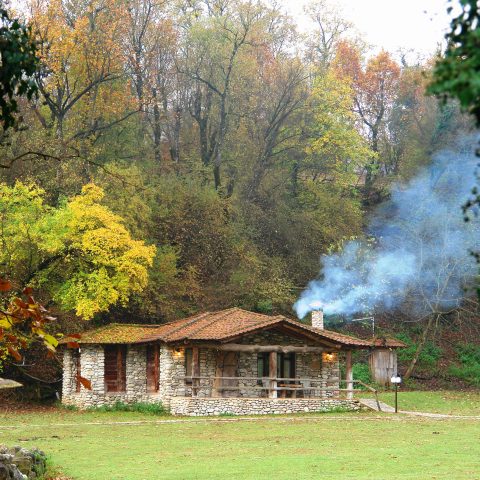 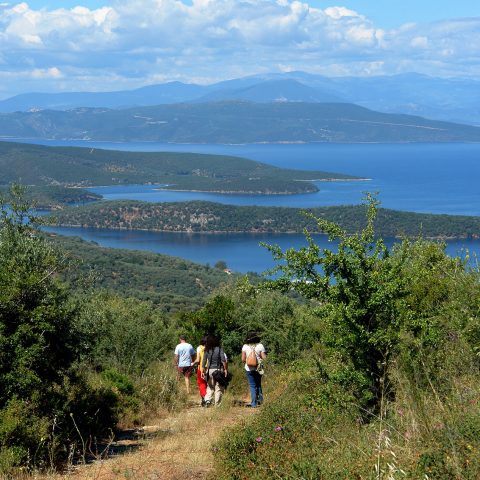 A land rough-hewn by the elements, full of jagged peaks and craggy pistes with hidden crevices and ravines, it exudes a wild majesty, intoxicating, invigorating and authentic. People are few and far between in this unspoilt wilderness of Argithea; scattered across traditional hamlets; the occasional stone bridge astride a gushing river, a giveaway sign of civilization.

Your “introduction” to the area is Mouzaki, with the iconic river Pamisos passing through it. In the nearby historic village of Fanari, the Medieval castle is one of the best preserved Byzantium fortresses. Turn your attention now to the villages of East Argithea, which seem to cling precariously to the rockface, in a landscape of unrivalled natural beauty. Follow the thread of settlements winding through the highland… Pefkofyto, Petrilia, Koumpouriana, Drosato… ever more delightful, ending up at the rock of Moni Spilias and the natural lake of Stefaniada.

Pick any one of the remote villages of West Argithea and start a breathtaking ascent, the views comparable to anything found in the rest of Greece. On reaching your destination, you’ll find life moving at a pace of a bygone era, shielded from the world by a vaulted arch of beech, fir and oak trees. Drakotrypa, Argithea, Mesovouni, Karia, Oxia – there are no exceptions; in every village, the visitor cannot fail to be moved by astounding beauty and absolute tranquility.

From your lofty mountain hideaway, you’ll follow the road downhill to the Aheloos river bed. In the ravine of the Liaskovitiko tributary, the sight of the Trizolou bridge so wonderfully ensconced in its leafy surrounds will make a lasting impression on you.

Starting from Karditsa, follow the idyllic trail uphill that escorts the course of the life- giving Onohonos river. Serenaded by birdsong all the way, you’ll eventually reach the Smokovo Baths, known for their enriching, therapeutic properties. The sound of the water and the melodies of the nightingales keep you company while you relax into moments of wellness and revitalization the baths offer you.

Tucked away even deeper in the Agrafa is stately Redina with its traditional architecture. Its many churches, the monastery and the Museum of National Resistance and Byzantine Art are only a few of its highlights. It also makes the perfect springboard for you to explore the surrounding forests.

Head for the hills! A world of enchantment awaits you enfolded in the Agrafa range. 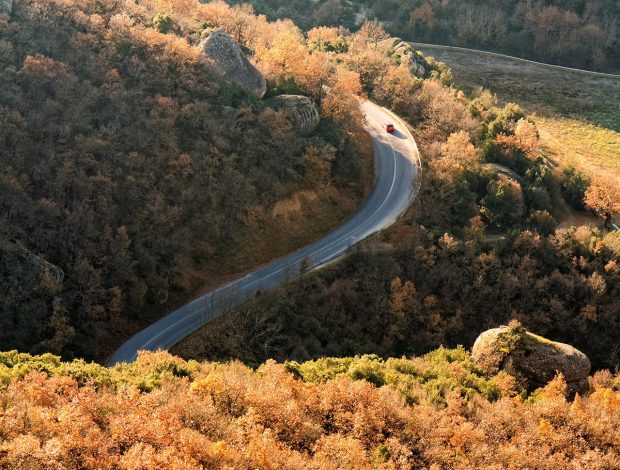 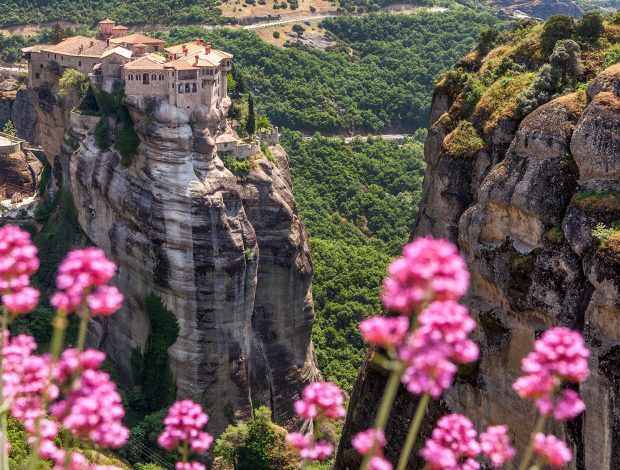